Tom Foster, Director of Sales of The Receptionist 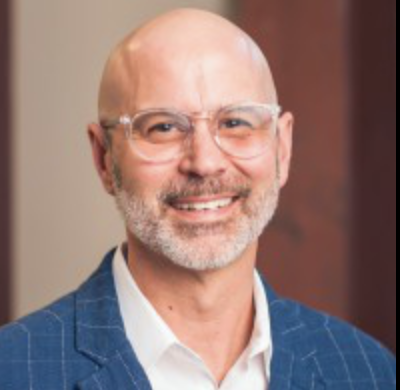 The Receptionist for iPad is the original iPad-based visitor management system, and we’ve continued to innovate in the field of visitor management, introducing features like two-way communication and custom visitor button-based workflows. Because of this innovation, and our commitment to our customers, exemplified by our Radical Support™ philosophy, we continue to grow.

[Transcript] My name is Tom Foster. I'm the Director of Sales at The Receptionist. At The Receptionist, we enable a simplified, cohesive and compliant check-in workflow for businesses of all sizes from the smallest to some of the largest and most secure facilities on earth in over 36 countries.

So before eWebinar, we were struggling with engagement and attendance in those weekly webinars that we doing for those customers that had a longer implementation timeframes that really didn't warrant a immediate one-on-one demo with one of our account executives.

Additionally, there was also a problem of the time it was taking, the time to prep, the time to execute these live demos, as well as the results that we were getting out of them. So at The Receptionist, we chose to use the eWebinar platform for not only scheduled demos, but also for just in time demos. The benefits were pretty unexpected and fast. Actually delightful!

It helped us to free up the time that we were taking to prep for these, but also our initial fear of how will we interact with these people? How will these people know that we're there? That fear was really taken over in the first day. The interactivity that's allowed through the web and our platform allowed our clients to come in and interact with us when they wanted to interact with us, it allowed them to drive the bus.

It allowed them to be in control as opposed to attending a webinar on a specific day at a specific time that wasn't really convenient for them. It basically doubled our sales team by allowing demos to happen 24 hours a day, 7 days a week, 365 days a year. So in comparison, our old demos were running between a 40% and 50% attendance rate, which, you know, is pretty standard.

For eWebinar, once we implemented the webinar platform, we're running between 80% and 90%, with multiple weeks of 100% attendance. It's pretty extraordinary to be quite frank with you. It has outperformed our traditional format and not only engagement, but also participation and conversions to paying customers.

To say our sales team loves eWebinar is a bit of an understatement. But what I personally like most about running the webinar is that, you know, we've tried to do YouTube videos before, and we've all seen those. They're not interactive. And when I look at a YouTube video versus the eWebinar platform, it's really like the difference between driving a tricycle and getting a Ferrari. They both will get you to point a to point B, just one is a lot more stylish. But we've tried it. I've done it in my past.

So I recommend eWebinar for any sales team that's looking to move into the future of interactivity with prospects. Our BDR team quickly pivoted from sending people to a weekly live demo to the product demo instantaneously, which our product demo is about 12 minutes long. At the end of it, we have people signing up.

It’s so easy to get started